During the General Assembly meeting at Occupy Atlanta people raise their hands in the air to express agreement or approval of an issue being presented.

Congressman and civil rights icon John Lewis visited the Occupy Atlanta rally at Woodruff Park approximately 45 minutes after its planning session, or General Assembly, started. Despite saying he did not want to speak, the civil rights icon was invited to address to the crowd.

When the topic of allowing Lewis to speak was presented to the group, "Joe" (pictured in red) held up his arms to "block" Lewis from speaking.

"Joe" said he was against Lewis speaking because the movement is "not about one individual" and that it has been built on the idea of "no hierarchy." The crowd decided the congressman could speak after the General Assembly, but Lewis had to leave for a previous engagement.

"I support the protesters in New York and here," Lewis told me before leaving Woodruff Park. "It is the right time and the right place to be... It is the will of the people. When I was young we did similar actions. It is grassroots democracy at its best. I think something good will come of the moment." 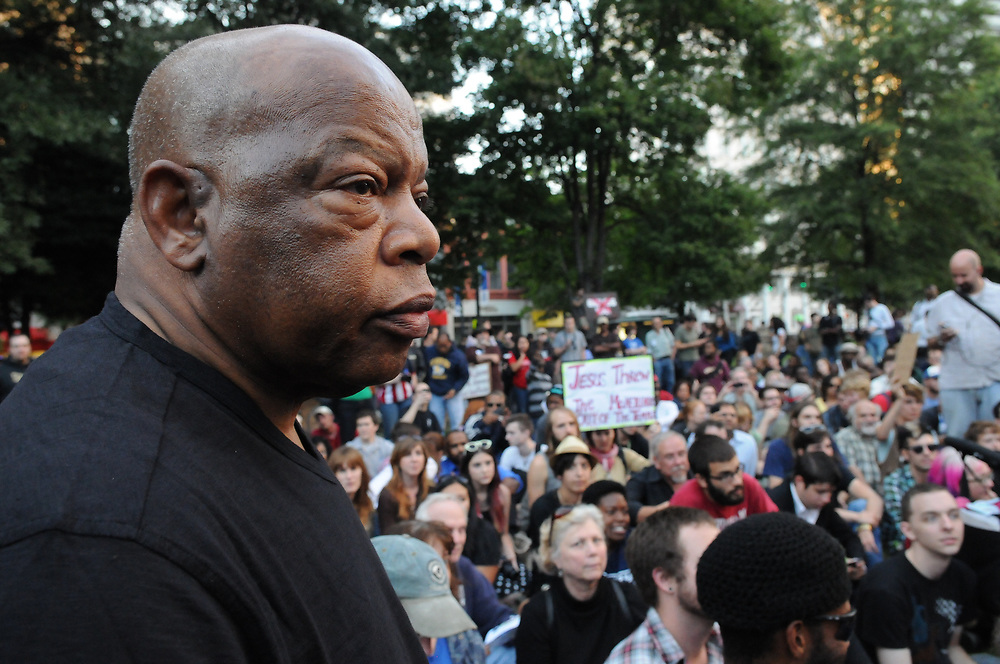