ARLINGTON HEIGHTS, Ill, October 15, 2005-Hundreds of people gathered to protest a meeting of the Minutemen, a vigilante group that patrols the US border and hunts down illegal immigrants. Protesters blocked the main entrance to the conference and hundreds marched around the building where the conference took place.

Five demonstrators were arrested during the protest in Arlington Heights, the police called in more than 100 additional officers, many in riot gear with helmets and shields

The Chicago Minuteman Project, was meeting at Christian Liberty Academy, the arrests occurred outside the Academy. 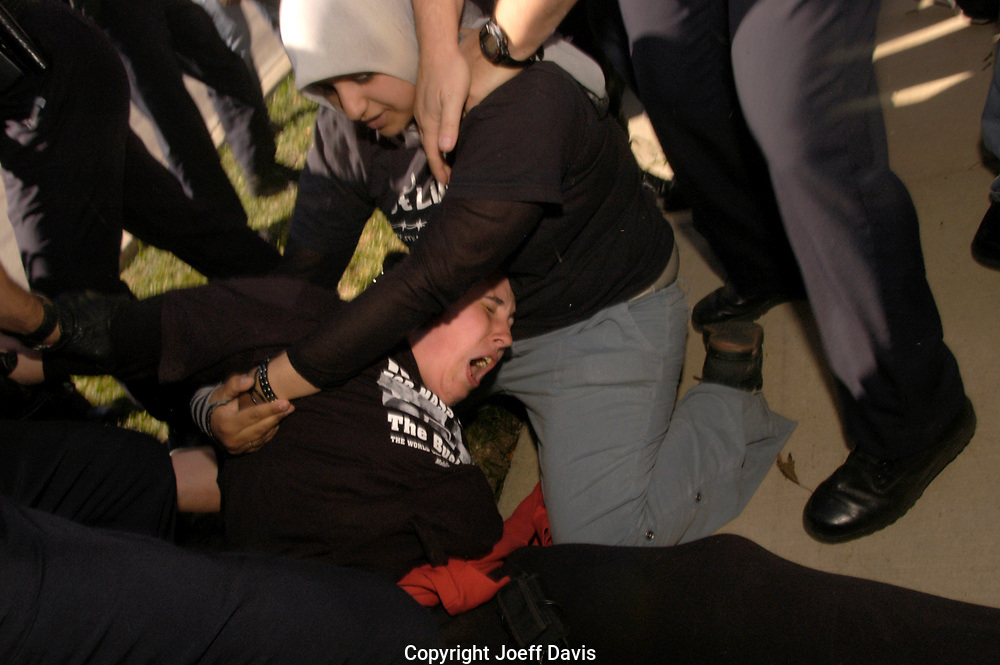