The cowboys themselves were a beaten and tattered bunch. Tough Cowboy Jared Green from Socorro, New Mexico had to drop out of Saturday's competition because of pain in his shoulder. Green's injuries from rodeo competitions have included breaking both of his ankles, two surgeries on his shoulder, a knee operation, broken ribs, a broken hand, concussions and a knocked-out tooth. Green is only 22 years old.

Dusty Elkinton falls from a bull during the bull riding competition. 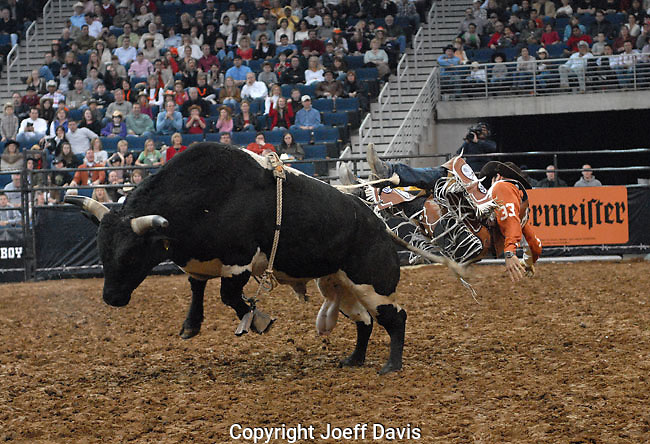