ATLANTA, GA - MARCH 24 , 2011: "You must not give up," Representative John Lewis told the thousands of protesters gathered outside the Georgia capitol to loudly oppose two controversial pieces of legislation aimed at cracking down on illegal immigration. "We are all brothers and sisters we are all one family, " Lewis shouted to the cheering crowd. "If anyone of us is illegal we are all illegal. There are no illegal human beings. If any of you get arrested and go to jail I am prepared to go to jail with you. We will get justice in the state of Georgia!" 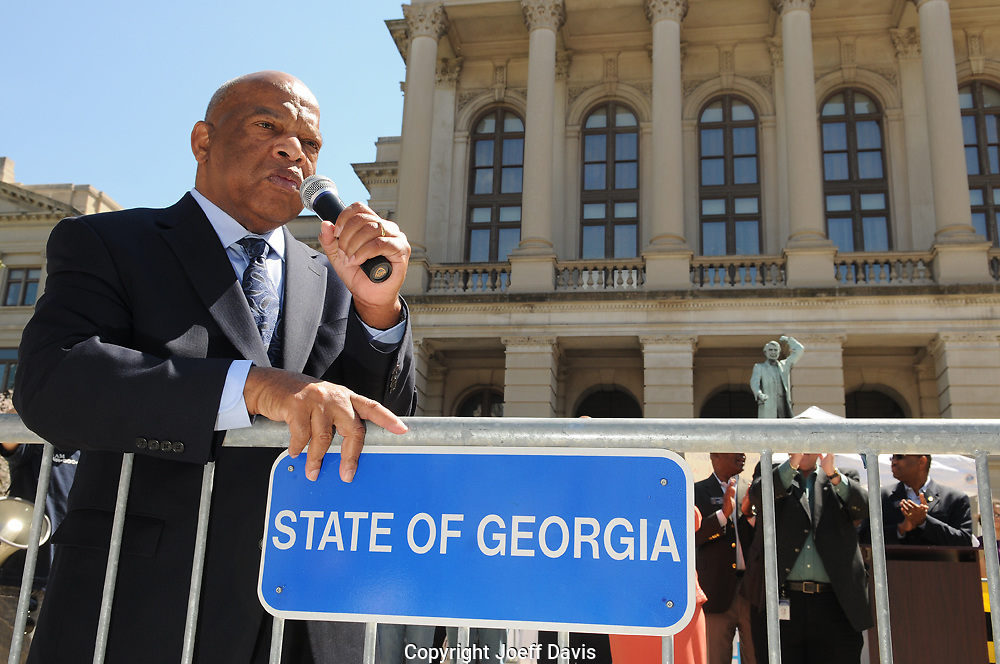