Dusty Elkinton from Moundville, Missouri, falls from his horse during the saddle bronc riding competition. 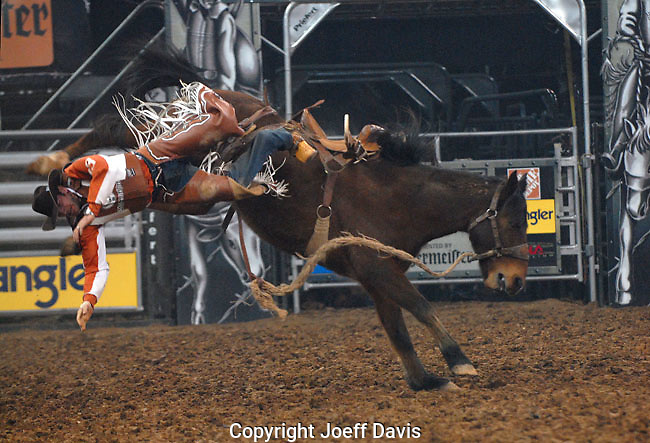