Amy Miller, a local waitress, has no health insurance. She was part of a rally and vigil sponsored by Health Care for America Now, MoveOn Political Action and Healthcare NOW in Centennial Olympic Park Dec. 10.

"The healthcare system is broken," Dr. Minesh Shah, a doctor of internal medicine at Grady Hospital, said during the vigil. "What motivates me is what I see every day, it's a moral outrage.".According to Shah 45,000 people die a year from lack of health insurance making the lack of access to health insurance the 9th leading cause of death in the United States. Shah was joined by several speakers, including, Sen. Vincent Fort, Sen. Nan Orrock and Larry Pellegrini, Executive Director of the GA Rural Urban Summit. Mayor elect Kasim Reed also sent a statement supporting the work of the groups sponsoring the march and vowing to do his part to effect positive change. "Health care problems are every one's problems and we cannot flourish as a community until they are adequately addressed and inequities are nonexistent," Reed's statement read.

Following the speakers the group of about 30 people marched to the front of the CNN Center on Marietta Street carrying fake coffins and signs calling for healthcare reform. 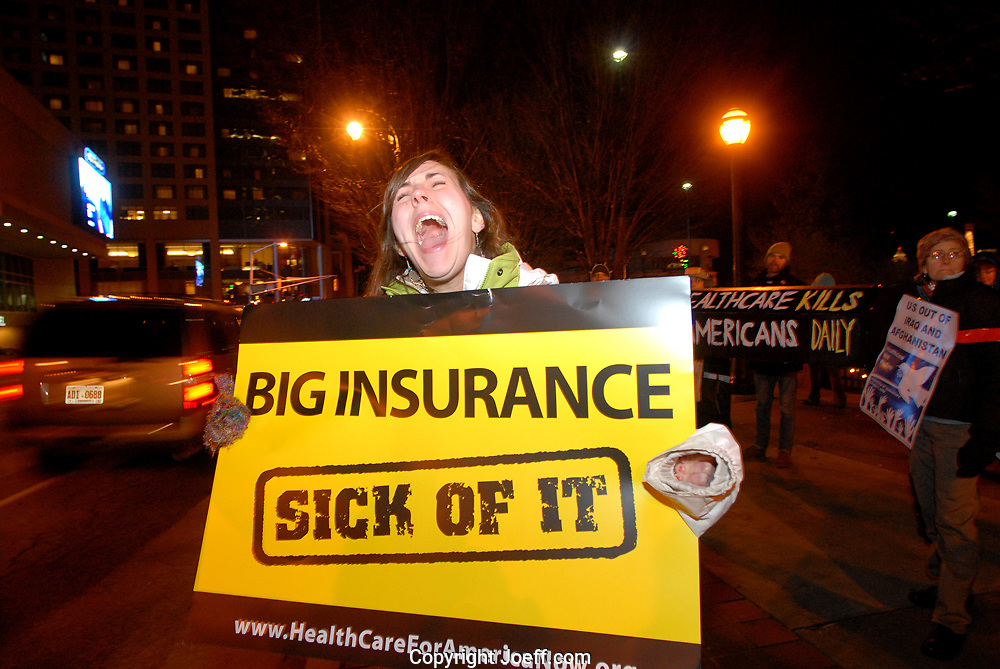