February 27, 2009 - Atlanta, Georgia : Hundreds of people stood in the pouring rain outside the Georgia state capitol to protest the Obama administration's stimulus package.

The "Atlanta Tea Party" was one of many Tea Party events that took place across the nation February 27, 2009. The idea originated from CNBC analyst Rick Santelli's on-air rants last week for a new "tea party" to protest the stimulus plan from the floor of the Chicago Mercantile Exchange.
At the Atlanta event this afternoon people clumped together under an array of umbrellas, many getting soaked to the bone during the rainstorm. The 40-minute demonstration included speeches by some members of the Georgia Legislature.

The crowd whooped and roared as people from the microphone railed about the "socialists running the country," called for extensive tax cuts, read the Declaration of Independence and defended the sanctity of the Constitution. The event ended with demonstrators dumping tea bags into a bucket. 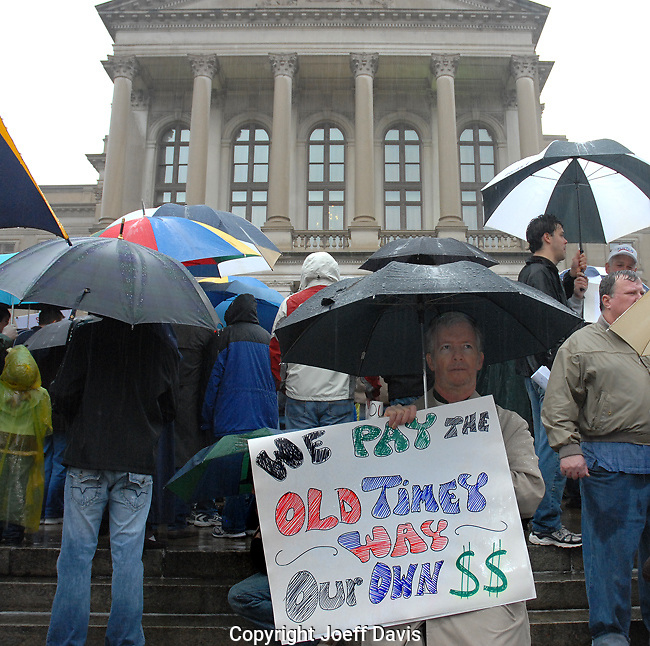