The questions at the Emory event said as much about Carter as it did about the students, many of whom spent the Q&A period texting on their cell phones. The opening question of the evening was what he thought of Kanye West's outburst at the VMA Music awards. Carter responded that he thought it was uncalled for.

Midway through the hour-long session, he took a question about Obama and racism and responded, "When a radical fringe element of demonstrators and others begin to attack the president of the United States as an animal or as a reincarnation of Adolf Hitler, or when they wave signs in the air that say that we should have buried Obama with Kennedy, those kind of attacks are beyond the bounds of the way presidents have ever been accepted, even with people who disagree [with them]. I think people who are guilty of that type of personal attack against Obama have been influenced to a major degree by a belief that he should not be president because he is African-American. It's a racist attitude."

The final question addressed how he upheld his obligations to his family when he was president. "My family took care of me," he responded, and with that he left the stage and immediately went to Rosalynn Carter, his wife of 57 years, took her hand and exited. 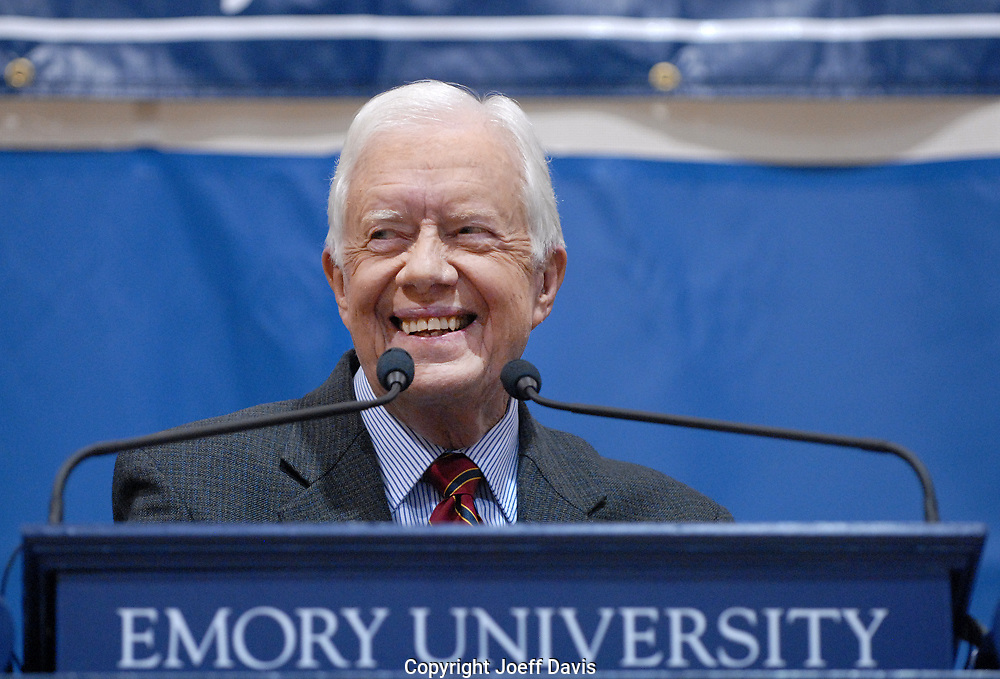